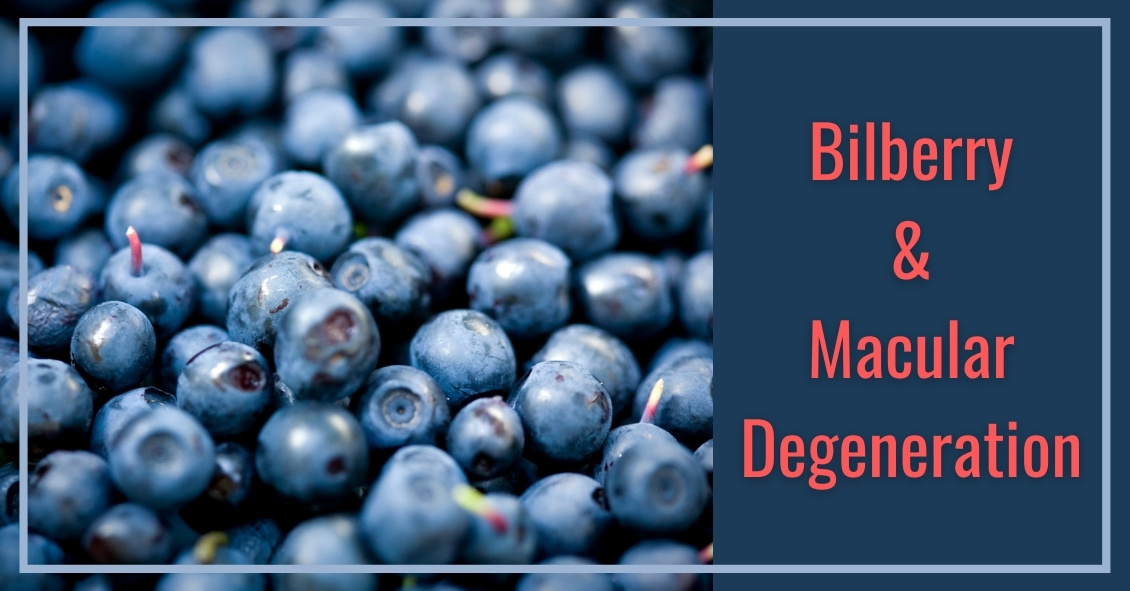 Is bilberry a wonder supplement for your macular degeneration?

The jury is still out on that question. There is some supportive experimental data in animal models but no well-done human studies that show significant benefit.

What you shouldn’t do is pass up taking the AREDS 2 nutritional supplement formula, which is clinically proven to reduce the risk of severe visual loss that can happen with macular degeneration. Almost all the data supporting the POSSIBLE benefits of bilberry in visual conditions is related to NON-HUMANS. Stick with the AREDS 2 formula that has excellent clinical evidence.

So, what is bilberry and why do some people use it?

Bilberry (Vaccinium myrtillus), a low-growing shrub that produces a blue-colored berry, is native to Northern Europe and grows in North America and Asia. It is naturally rich in anthocyanins, which have anti-oxidant properties.

It is said that during World War II, British pilots in the Royal Air Force ate bilberry jam, hoping to improve their night vision. No one is exactly sure where the impetus to do this came from, but it is believed that this story is what lead to some widespread claims that bilberry was good for your eyes.

A study by JH Kramer,  Anthocyanosides of Vaccinium myrtillus (Bilberry) for Night Vision – A Systematic Review of Placebo-Controlled Trials, reviewed most of the literature pertaining to the claim that bilberry improves night vision. He found that the four trials, which were all rigorous randomized controlled trials (RCTs), showed no correlation with bilberry extract and improved night vision. A fifth RCT and seven non-randomized controlled trials reported positive effects on outcome measures relevant to night vision, but these studies had less-rigorous methodology.

Healthy subjects with normal or above-average eyesight were tested in 11 of the 12 trials. The hypothesis that V. myrtillus improves normal night vision is not supported by evidence from rigorous clinical studies. There is a complete absence of rigorous research into the effects of the extract on subjects suffering impaired night vision due to pathological eye conditions.

Even though there is no solid evidence in human studies that bilberry produces any positive visual effects on night vision there is some experimental evidence that implies it might be useful in some ocular conditions whose mode of action is oxidative stress. There are recent epidemiologic, molecular and genetic studies that show a major role of oxidative stress in age-related macular degeneration.

There have been some studies showing oxidative protective effects of bilberry in non-human models.

But bilberry is not without potential side effects.

Bilberry possesses anti-platelet activity and it might interact with NSAIDs, particularly aspirin. Excessive drinking of bilberry juice might cause diarrhea. One study of 2,295 people given bilberry extract found a 4% incidence of side effects or adverse events. Further, bilberry side effects may include mild digestive distress, skin rashes and drowsiness. Chronic uses of the bilberry leaf may lead to serious side effects. High doses of bilberry leaf can be poisonous.

Bilberry has not been evaluated by the Food and Drug Administration for safety, effectiveness, or purity.