Detecting Alzheimer’s though an Eye Exam? 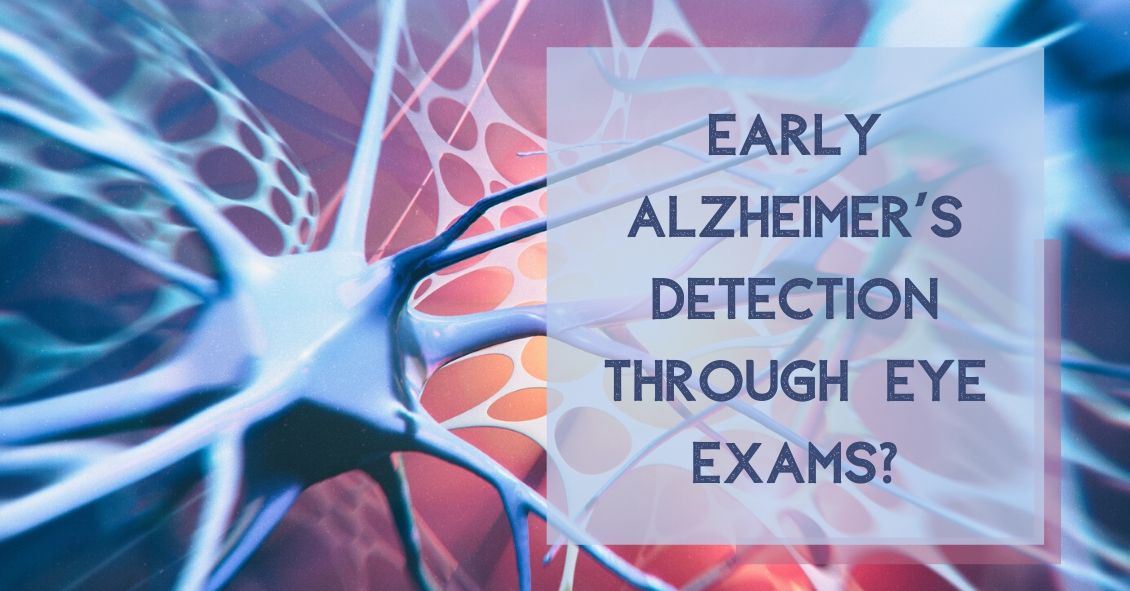 Alzheimer's Disease International estimates that the number of people living with dementia worldwide – nearly 44 million in 2014 – will almost double by 2030 and more than triple by 2050.

There is no single test that can show if a person has Alzheimer's, but doctors can almost always determine if a person has dementia, although it may be difficult to determine the exact cause. Diagnosing Alzheimer's requires careful medical evaluation, neurological testing, and sometimes brain imaging and blood tests to rule out other causes of dementia.

Most of the testing for early disease – MRI scans of the brain, brain PET scans looking for amyloid, and spinal taps looking for certain proteins in the spinal fluid – are not very accurate, and they are invasive and often expensive.

Researchers have now turned to findings in the eye to help with early detection and are hoping to find ways to make the diagnosis earlier when potential treatments may have a better outcome. There is also hope that these tests will be less expensive and invasive then the other options.

One of the tests that has shown promise is an OCT of the retina. Almost every eye doctor’s office already has an OCT, and so if this research proves fruitful, the test could be done relatively cheaply because there is not a need to buy more expensive equipment. Right now, the average OCT exam is reimbursed at about the $50 per exam level, much less than the cost of an MRI or PET Scan.

In a study at Moorfields Eye Hospital they also found that people who had a thinner layer of neurons in the macula on an OCT exam were more likely to perform poorly on the cognitive tests – a clear warning sign they may be undergoing the early stages of dementia.

A second marker that is getting a careful look is identifying the presence of amyloid in the eye. Amyloid, thought to be one of the key causes of Alzheimer’s, which makes up most dementia cases, is often found to have formed into clumps and plaques in the brain. Scientists at Waterloo University in Canada found people with severe Alzheimer’s disease had deposits of a protein amyloid on their retinas.

Research conducted at Lifespan-Rhode Island Hospital in Providence co-led by Peter Snyder, a professor of neurology at Brown University, and Cláudia Santos, a graduate student at the University of Rhode Island, is attempting to detect amyloid in the retina by OCT and follows people over time to see if the amyloid increases and if it correlates with cognitive impairment.

Another angle being pursued by a company called Cognoptix is looking for amyloid in the lens of the eye. Using Cognoptix's SAPPHIRE II system, which detects amyloid in the lens, a 40-person Phase 2 clinical trial was conducted at four sites. The study recruited patients who were clinically diagnosed with probable Alzheimer’s disease (AD) via a rigorous neuropsychological and imaging workup. The study, using age-matched healthy controls, showed outstanding results of 85% sensitivity, and 95% specificity in predicting which people had probable AD.

The company is now planning a Phase 3 study that must show a strong correlation in a bigger study group to obtain ultimate FDA approval.

One of the other items I was going to include in this post was information on what visual symptoms occur in dementia patients and how family and friends can support them but I found an outstanding review already available online by the Alzheimer’s society that covers all those points. If you have a loved one with dementia this is an excellent read and I highly recommend you take the time to review it.