Did You Know You Can Get Freckles in Your Eye? 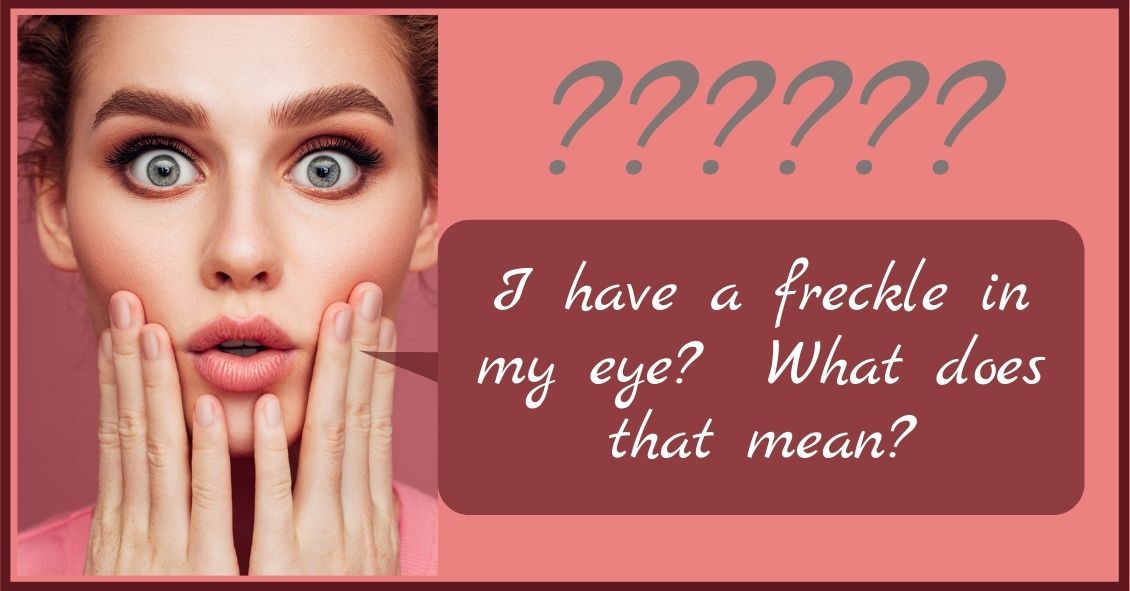 Choroidal nevus is the fancy term for a freckle in the back of the eye.

This lesion arises from a collection of cells that make pigment in the choroid, which lines the back of the retina and supplies the retina with nutrients. These choroidal nevi (plural of nevus) are usually grayish in color and develop in about 5-10% of the adult population. They are usually asymptomatic and detected during a routine dilated eye exam.

Just like any freckle on our body, we should monitor it for any change in size or growth.  This is usually done with a photograph of the nevus and annual exams are normally recommended to monitor any change.

In addition to a photograph, other tests that can be used to monitor the nevus are:

Early detection of choroidal melanoma results in earlier treatment and better outcomes for the patient. Many times, a patient with choroidal melanoma may be asymptomatic, and so routine dilated eye exams should be performed to identify any suspicious choroidal nevus.

In general, there is no treatment for choroidal nevus other than observation and monitoring for change. Therefore, a visit to your eye doctor is recommended to detect any freckles in the back of your eye.