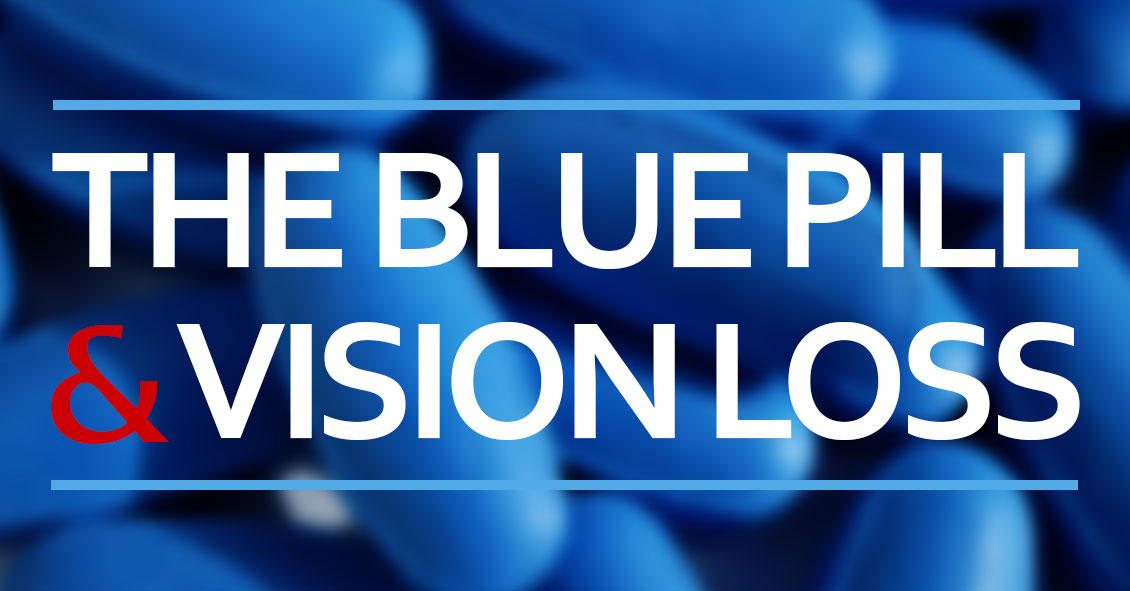 In 2005 the FDA received 43 post-marketing reports of sudden vision loss attributed to AION in patients taking ED medications. There was also a report in the Journal of Neuro-Ophthalmology that identified seven patients who had AION within 36 hours of their last use of an ED drug. These reports caused the FDA to issue the following drug safety alert to physicians:

But does the subsequent research support the link between ED drugs and AION?

A 2006 article in the British Journal of Ophthalmology reported that men who took an ED drug and had a history of hypertension or a myocardial infarction (heart attack) had in increased rate of suffering vision loss from AION. That article, however, had to later be retracted because of irregularities in the data and inappropriate statistical methods.

Another study presented at the 2006 meeting of the American Urological Association reported data on 13,400 men who had used an ED drug and demonstrated that the incidence of AION was 2.8 cases per 100,000 patient-years. Previous epidemiologic studies have identified the annual incidence of AION in the general population to be 2.5-11.8 cases per 100,000 men over the age of 50 years. Therefore, the rate of AION in the population was not statistically different then the age group as a whole. In full disclosure, this study was run and funded by Pfizer, the maker of Viagra.

A study published in JAMA Ophthalmology investigating a group of men treated daily for six months with either an ED drug or placebo showed no significant differences were found between treatment/placebo groups for any of the visual functions tested by the study. The medications were well tolerated. Again, in full disclosure, this study was funded by Eli Lilly, the maker of Cialis.

There are some visual changes that are causally related to these drugs. Many men report a transient blue or blue-green tinge to their vision and some light sensitivity after taking these drugs. These changes only last a short while and have not been shown to correlate with any lasting impairment.

So in the end, do they or don’t they? Most of the evidence points to them not causing AION at any rate above what is expected in the population of the men who use the drug. ED itself is correlated with other vascular conditions such as cardiac disease, hypertension and diabetes. These conditions also have an increased risk for AION.

I think even though there is not a definite cause and effect relationship it is probably reasonable to follow the warning that the FDA posted.

If you experience an episode of sudden vision loss, then you should discontinue the use of ED drugs and see your doctor. Likewise, you should stop if you’ve already had an episode of AION in one eye.