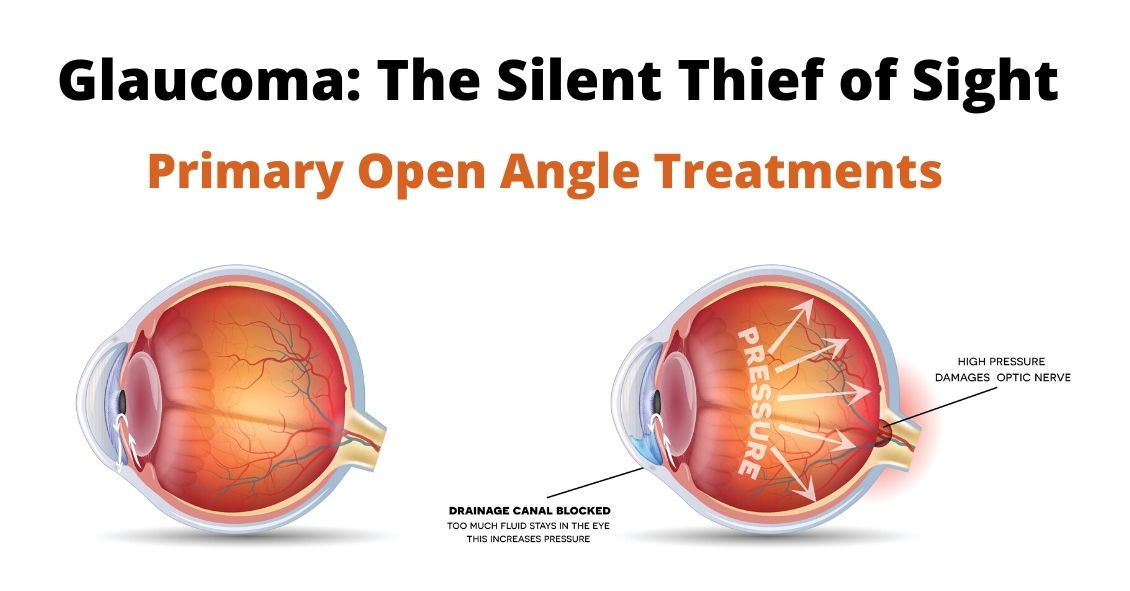 There are several different variations of Glaucoma, but in this article we will mainly focus on Primary Open Angle Glaucoma. This means that there is no specific underlying cause for the Glaucoma like inflammation, trauma, or a severe cataract. It also means that the drainage angle where fluid is drained from the inside of the eye into the bloodstream is not narrow or closed.

In the U.S., Primary Open Angle Glaucoma (POAG) is by far the most common type of Glaucoma we treat.

Glaucoma is a disease where the Optic Nerve in the back of the eye deteriorates over time, and that deterioration has a relationship to the Intraocular Pressure (IOP).  Most – but not all – people diagnosed with Glaucoma have an elevated IOP.  Some people have fairly normal IOP’s but show the characteristic deterioration in the Optic Nerve. Regardless of whether or not the pressure was high initially, our primary treatment is to lower the IOP. We usually are looking to try to get the IOP down by about 25% from the pre-treatment levels.

There are several different classes of medications used to treat Glaucoma.

The most common class used are the Prostaglandin Analogues or PGA’s.  The PGA’s available in the U.S. are Xalatan (latanaprost), Travatan (travapost), Lumigan (bimatoprost) and Zioptan (tafluprost).

PGA’s are most doctors’ first line of treatment because they generally lower the IOP better than the other classes; they are reasonably well tolerated by most people; and they are dosed just once a day, while most of the other drugs available have to be used multiple times a day.

There are also several combination drops available in the U.S. that combine two of the second-line agents (Cosopt, Combigan, and Symbrinza).

The second option as initial treatment is a laser procedure.

These treatments tend to lower the pressure to about the same degree as the PGA’s do with over 80% of patients achieving a significant decrease in their eye pressure that lasts at least a year.  Both laser treatments can be repeated if the pressure begins to rise again in the future but the SLT works slightly better as a repeat procedure compared to the ALT.