What’s that lump on my eyelid? 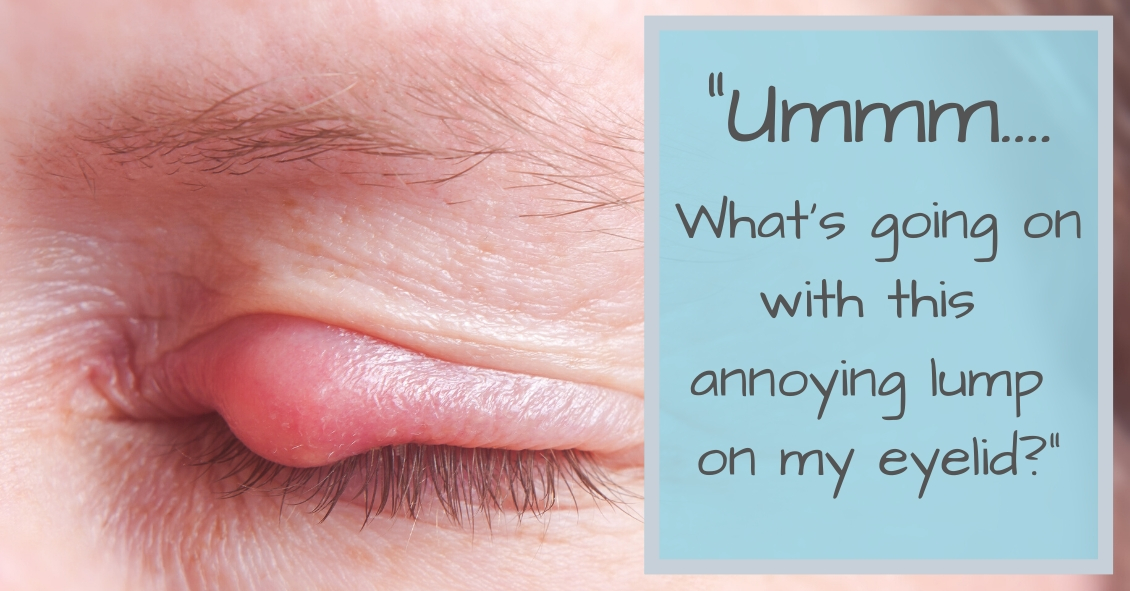 So you’re going about your day and notice a slight twinge when you blink. It starts off as a mild awareness then proceeds to a painful feeling with every blink. You look in the mirror to see what could be causing it, and there you see a small red bump forming.

You decide to wait to see what happens and one of three things occurs. Either it gets bigger, redder, and more painful; it gets smaller and goes away; or it stays put and is no longer painful or growing in size. Let’s dive into one of the most common eye conditions we treat: hordeola (commonly known as “styes”) and chalazia.

Hordeola (or singular hordeolum), are infectious abscesses of the glands that line the eyelids. Bacteria that are naturally occurring on the eyelids and eyelashes can make their way into the gland and form what is essentially a pimple in the eyelid. If it goes untreated, hordeola can (rarely) lead to spreading of the infection throughout the eyelid (preseptal cellulitis) or even start to invade the orbit of the eye (orbital cellulitis).  At that point, infection can spread to the brain and even be life-threatening and require hospitalization. Thankfully it hardly ever gets to this point.

Treatment can consist of warm compresses, ointments, and oral antibiotics to kill the infection. Just like a pimple, it is not always necessary to be on antibiotics.  It’s actually the warm compresses that do the most good.  If you can get the mucous that is clogging the gland opening to thin out it will often just drain on its own without antibiotics.  Sometimes, however, if the warm compresses alone aren’t working then an antibiotic might be necessary.  Don’t buy the over-the-counter ointment called “Stye.” It is not going to make it any better and could further clog the glands.

Chalazia (or chalazion singular) often start off as hordeola, but are sterile in nature, meaning non-infectious. Once the infection clears out, what is left behind is often what amounts to a marble-like lump in the eyelid. These are often more difficult to treat, as they no longer respond to antibiotics. If small enough, people can just leave them alone and see if they go away on their own. Larger ones, however, can be rather unsightly. If it no longer responds to warm compresses or ointments, there can either be an injection of steroid to shrink it, or they can be excised.

We see these lumps and bumps on almost a daily basis in practice. Usually, they are very simple to treat and go away quickly.