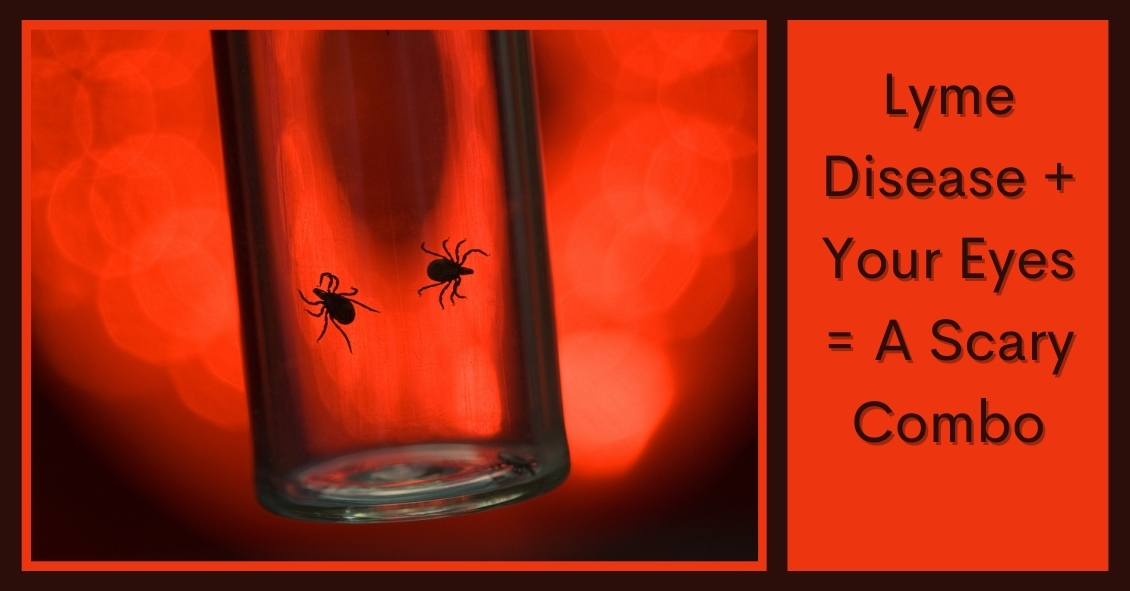 Lyme disease is an infection that is caused by a spirochete (a type of microorganism) called Borrelia burgdorferi, and more rarely by Borrelia mayonii. It is transmitted to humans by the bite of a deer tick.

The disease has a strong geographical incidence, being highly concentrated in the Northeastern United States and also in Minnesota and Wisconsin.  However, the tick's habitat has been spreading rapidly, and it is always a good idea to be cautious and consult medical help if you think you might have been bitten by a tick that could possibly be infected.

Lyme disease was first recognizedin the area of Lyme, Connecticut, in 1975. It can start with a characteristic “bull’s eye” rash, in which there is a central spot that is surrounded by clear skin that is then ringed by an expanding rash. It can also appear just as an expanding rash.

This rash usually starts within days of the tick bite. Eye problems can occur along with this rash in the first phase of the disease. This includes red eyes that can look like full-blown pink eye, along with eyelid swelling. It also can produce iritis or uveitis, which include sensitivity to light and inflammation inside the eye.

The second phase of the disease usually starts within a few weeks of the tick bite and this occurs because the spirochete gets into the blood stream. This stage often has rashes starting away from the original bite site. It can also produce joint pain, weakness, and inflammation in several organs including the heart, spleen, liver and kidneys.

There are also several ways the second phase can affect your eyes. It can cause inflammation in your cornea (keratitis), retina (retinitis), optic nerve (optic neuritis), uvea (uveitis), the jelly-like vitreous (vitritis) that fills the back of the eye, and the muscles that move your eye around (orbital myositis). It can also affect the eye if it causes problems with the nerve that controls your eyelid muscles so that your eye will not close properly (Bell’s palsy).

There is a third phase of the disease that is caused by long-term persistent infection.  This phase can create multiple neurologic problems and can appear very similar to the presentation of Multiple Sclerosis (MS). The eyes can show any of the same signs as phase two, but the most common presentation is persistent keratitis. Keratitis symptoms are an inflamed cornea, often accompanied by significant pain, light sensitivity, a gritty feeling, and sight impairment.

The diagnosis is made through observation of the presenting symptoms, location in an area where there are significant numbers of the disease-carrying ticks, and a blood test that can confirm the diagnosis.

The symptoms and signs of Lyme disease can mimic many other problems, so it is important to keep Lyme disease in mind if you are having multiple problems involving different organs and you know or have any suspicion that you may have had a tick bite while you were in areas where the disease is prevalent.