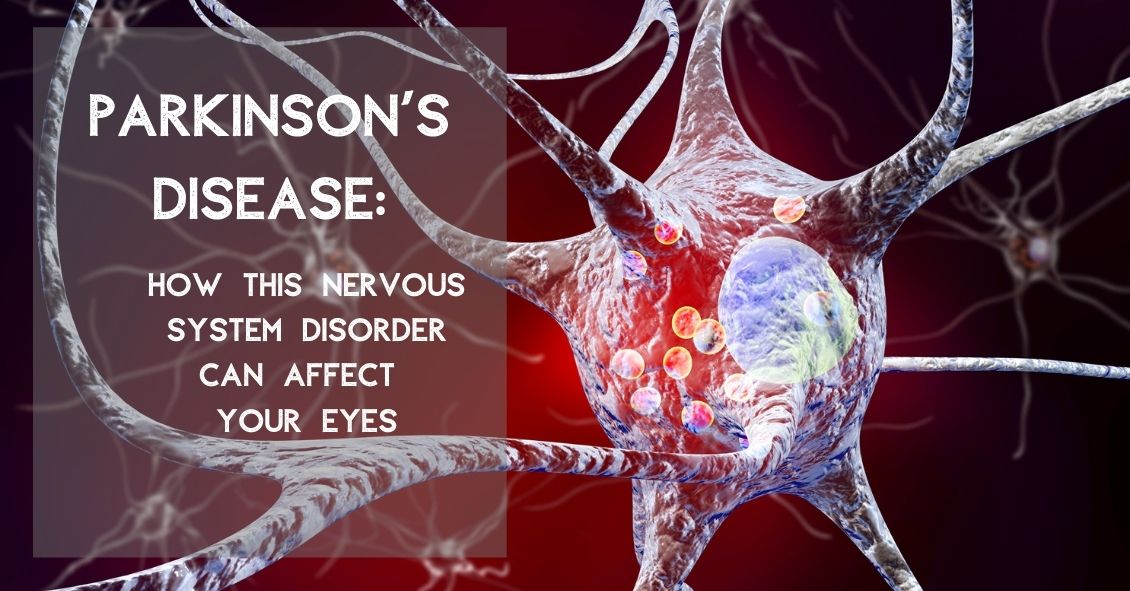 Parkinson’s disease is a progressive degenerative condition of the neurological system.  The majority of Parkinson’s effects are on movement, often starting off very slowly and subtly. One of the earliest symptoms is a slight tremor in one or both hands. Other early symptoms include a lack of facial expression and decreased blinking of the eyes, so it looks like the person is always staring.

The next stage usually results in difficulty with initiating movement, especially walking.  It frequently looks like it takes a tremendous concentrated effort to initiate walking and the steps often start off very small with a shuffling of the feet.  At the same time, the disease stiffens the muscles of the arms so that when the person is walking there is a noticeable decrease in the swinging of the arms. Speech becomes much softer and writing becomes more of an effort, with handwriting getting smaller and smaller as the disease progresses.

Parkinson’s can also affect your visual performance, mainly in two parts of your eyes: the tear film and the ocular muscles.

It affects your tear film because of the decreased rate of blinking. The tear film is an important component of your optical system. It coats the surface of the cornea and if it is not smooth and uniform the result is a blurring of your vision. Blinking helps refresh your tear film and spreads it out uniformly. It is analogous to the washers and wipers on your car. If the windshield (like your cornea) is spotty you have a hard time seeing through that windshield. Turn on the washers and now there is more moisture on the surface but that is also spotty and hard to see through until the wipers go by and spread the moisture out evenly. That is very similar to how your cornea, tear film and your eyelids blinking interact to keep your vision clear.

If you don’t blink enough, the tear film begins to dry out in spots and having dry spots next to moist spots results in an irregular film and therefore blurred vision. That is how the decreased blinking frequency in people with Parkinson’s disease results in a complaint of intermittent blurred vision.

The other way the disease affects your vision is by creating a problem called convergence insufficiency. When you read, your two eyes turn inward toward each other in a process called convergence. Your eye muscles are activated in order to have the two eyes point inward to focus on the near object. By interfering with the interaction between your nerves and muscles, Parkinson’s makes it difficult to both initiate and sustain the convergence you need to keep both eyes focused on a near object.

This sometimes results in a disconnect between what a person is capable of reading on an eye chart for a short period of time and what happens after trying to sustain the effort over a longer period of time. This disconnect can result in some frustration. Often during an exam, a quick look at the distance eye chart allows the patient to see fairly well because the dry eye may not be causing any blurring if the patient just blinked a few times before reading the chart.  A patient may also do well on the near chart because they are often being tested one eye at a time. When you read things up close with just one eye there is no need for the eyes to converge so they do well one eye at a time.

There are some other less-frequent eye problems that can occur with Parkinson’s. One is called blepharospasm, where the eyelids on either one side or both forcefully close involuntarily. A person can also end up with a condition called apraxia of eye opening, where they can’t voluntarily open the eyelids. This is different from blepharospasm because in this condition the lids are not being forcefully closed, they just won’t open when you want them to.

The majority of these problems do improve if the Parkinson’s is treated with medication or even brain stimulation.